The group Mora was founded after the plenary meeting of those potentially affected by the voyeuristic videos on the „Monis Rache“ festival from this very networking.
Since then, we have organised rallies on the topic under the title “My Body Is Not Your Porn”, networked with other groups, held speaking engagements and worked for a year on documenting the case.
The group sees itself as queerfeminist and activist.
We want to give ourselves and other affected people a platform for their voices and possibly create a basis with the documentation that can be referred to in future similar assaults. It is also important for us to contribute to the feminist historiography and not to let the discussions and the handling of the case be forgotten. 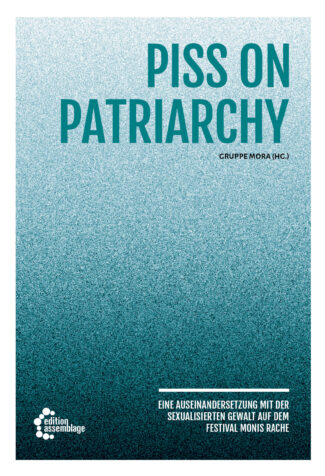